That Ethereum which pre-sold it’s cryptocurrency, the Ether, last year gaining $18 million in a self-made crowdfunding move. The same Ethereum that is sometimes called Bitcoin 2.0 and that aims to be the Web 3.0. Ethereum launched its production blockchain two weeks ago after bootstrapping a community and doing quite some testing on several proof of concept test nets.

At 9elements, we are quite curious about new technologies – especially of this scale. So we took a deeper look at Ethereum and got our hands dirty with mining Ether and writing smart contracts. There will be follow-ups to this blog post in which we’d like to show a hands-on approach on Ethereum contract code. But first we probably should answer the question: smart… what?!

Bitcoin was proof of concept for a new technology that is called blockchain. As the name suggests, it is about a chain of blocks. While this being a rather technical detail of its implementation, a blockchain is best described as a decentralized database. So what does that mean?

The values that are stored in a blockchain represent a consensus knowledge of all clients that are participating in this network. Every client that looks up a specific field in this database will find the same value. With blockchain technology, this is accomplished without having a central server that hosts or has any sort of authority concerning this database. Instead, the protocol that defines the interactions of its clients makes sure that this consensus about the blockchain’s values is distributed and synchronized among all clients and is protected against fraud.

Applied to the use case of currencies – like Bitcoin – a central authority like a bank is not needed any more for people to use the currency and make transactions. That’s why people call Bitcoin electronic cash. You don’t need to trust anyone – not even your bank. (You just have to trust in cryptography…)

Now, Ethereum takes it even one step further…

While Bitcoin uses the blockchain only to store the amount of Bitcoins per wallet, one could imagine blockchains for all sorts of data. For example, there’s also Namecoin which stores DNS entries on a blockchain. Ethereum uses its blockchain to even store code in it. By adding a virtual machine to the equation that executes the code stored in the blockchain during the mining process, Ethereum is best characterized as a decentralized computer…

Ethereum introduces two kinds of accounts both of which are able to hold Ether (the currency in Ethereum). First, there are accounts that are controlled by a person via a private key. This is the same as with Bitcoin. In order to transfer Ether or send other transactions from this account to another, the private key’s owner needs to issue a transaction and sign it with their key (which is done by the client software automatically after the user has entered the key’s password).

Then there are accounts that are controlled by the code that is stored within that account. Every time a transaction is send to such an account, the miner that creates the next block containing this transaction runs the account’s code on the Ethereum Virtual Machine (EVM). Depending on that code, this account – also called smart contract – could respond to this transaction by sending a transaction itself, by doing nothing, or by altering values within its part of the blockchain, which is the equivalent of the hard disk in this computer analogy.

With this flexibility, most existing blockchain applications could be written inside and on top of Ethereum. For example, Namecoin could be implemented on Ethereum with the following contract code:

It is easy to imagine how use cases such as crowdfunding or financial derivatives could be implemented based on Ethereum and smart contracts. Also voting mechanisms and all sorts of distributed organization structures are already popping up at the horizon. With the Ethereum client geth (which is written in Go) having an RPC interface and the Ethereum devs providing a JS library called web3.js to talk to geth, it is really easy to write apps that are interacting with the blockchain. Or to be more precise, apps that are talking to contracts that live on the blockchain. Applications that consist of a web/mobile/native based frontend and contracts living on the blockchain as the backend are called Dapps, distributed apps.

The genesis block of Ethereum’s production blockchain was launched on July 30th, 2015 using an interesting decentralized manner of creating this first portion of consensus. The current release is called Frontier and it is meant to be used by developers and early adopters. There is no GUI client yet, though Mist is already on its way and will probably part of the next release.

We have already tinkered with the blockchain, wrote our own contracts and got an impression of what Ethereum could be capable of – and we are quite impressed. There are already frameworks available which support coding of contracts and which we will talk about in our next blog posts. 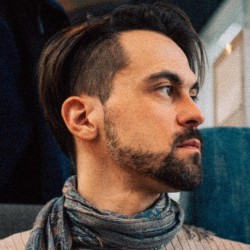